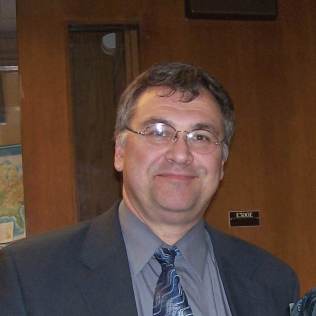 James Akerman, Co-Director (Ph.D., Geography, the Pennsylvania State University) has been a passionate map reader since ca. 1960. Director of the Hermon Dunlap Smith Center for the History of Cartography at the Newberry Library (Chicago) since 1996 and has directed or co-directed eleven NEH summer seminars or institutes at the Newberry since 1995. His research and publications primarily concern the history of transportation and tourist mapping, popular cartography, atlases, and the use of historical maps in education. He directed the creation of Historic Maps in K12 Classrooms, an award winning website dedicated to the use of historic map documents to teach the geographical dimensions of American history.  He is the editor or co-editor of five collections of scholarly essays: Cartography and Statecraft (University of Toronto Press, 1999), Cartographies of Travel and Navigation (University of Chicago Press, 2006), Maps: Finding Our Place in the World (with Robert W. Karrow, Jr.; University of Chicago Press, 2007), The Imperial Map (University of Chicago Press, 2009), and Decolonizing the Map (University of Chicago Press, 2017). He has curated or co-curated seven major map exhibitions at the Newberry, the Field Museum, and elsewhere. He is co-editor (with Dr. Diane Dillon) of the website “Make Big Plans: Daniel Burnham’s Vision of an American Metropolis” and with co-editor (with Peter Nekola) of the web resource “Mapping Movement in American History and Culture,” which were launched in 2015 and 2016.

Peter Nekola, Co-Director (Ph.D., Philosophy and History, New School for Social Research) came to appreciate good maps while working as a wilderness guide in the Lake Superior Country in the 1990s. He has taught in a variety of fields since 2003, including philosophy, history, environmental studies, urban studies, and visual studies. Currently visiting assistant professor of philosophy at Luther College in Decorah, Iowa, he served as assistant director of the Hermon Dunlap Smith Center for the History of Cartography in Chicago from 2012 to 2016. Before this he served as visiting assistant professor of social science at Pratt Institute in Brooklyn, where he also worked to build a program in environmental studies. While much of his research has considered maps philosophically, as complex arguments for different sorts of geographical knowledge, particularly as they have informed natural and social sciences in recent centuries, he has also explored some of the ethical implications of such arguments. He is an associate editor of the forthcoming History of Cartography, Vol. 5, and is at work on two book manuscripts: Mapping the Northwoods: Cartography and Geographical Knowledge in the Lake Superior Country, from Industry to Conservation, for the MacLean Collection, and The Concept of the Geographical: A Study in the History and Theory of Knowledge, an expanded version of his doctoral dissertation. He has collaborated with Dr. Akerman on a number of projects in recent years, including the edited collection “Mapping Movement in American History and Culture.”

Gerald A. Danzer is Professor of History, Emeritus at the University of Illinois at Chicago. For three decades he directed an M.A. program for teachers of history. Author or editor of over a dozen books, textbooks, and atlases, he has also contributed over two hundred articles, reviews, and curriculum materials. His work has been recognized ttwice by the James Harvey Robinson award from the American Historical Association. Currently, he is working on a book on “Canals, Maps, and the American Experience.” 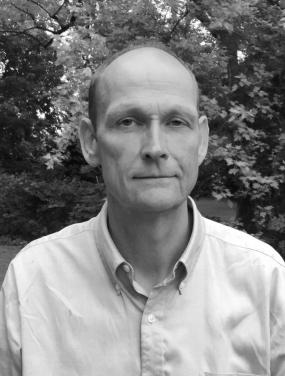 Patrick Morris is Map Cataloging Librarian at the Newberry Library.  He is responsible for map reference and cataloging work, Pat holds an undergraduate degree in history from the University of Illinois, and a master’s degree in library science from Dominican University.

Kara Johnson (Program Assistant, Smith Center) holds a PhD in English from Northwestern University.  Her dissertation concerns the representation of labor in nineteenth- and twentieth-century American literature.  Kara’s work at the Smith Center allows her to think further about the roles that history and material culture play in her research.  Alongside her work at the Newberry, she teaches American literature, gender studies, and film at Chicago-area colleges and non-profit institutions.

Any views, finding, conclusions, or recommendations expressed in this program do not necessarily represent those of the National Endowment for the Humanities.